Without much doubts, Premier League giants Liverpool football club will most definitely remain keen on improving their attacking options now that the summer transfer window is officially opened.

Do remember that the Reds enjoyed a very interesting 2021/2022 season as they finished in second position on the Premier League table while also lifting two domestic trophies under manager Jurgen Klopp.

However following reports that experienced forward Sadio Mane is on the verge of leaving the club, it is most certain that Liverpool will need to strengthen their attacking options.
And if reports are anything to go by, then Liverpool football club have moved swiftly and are now set to announce the signing of young Benfica centre-forward Darwin Nunez.

The 22-year-old Uruguay International, who signed up for Benfica after leaving Almeria back in 2020 has been an important member of the first-team squad since he made the move.

The young striker was heavily involved for Benfica during the 2020/2021 season where he scored a total of 34 goals and created four assists in 41 appearances in all competitions.

His impressive performances in front of goal is believed to have caught the attention of Premier League side Liverpool and according to reports from Daily Mail, the Reds are close to signing him. 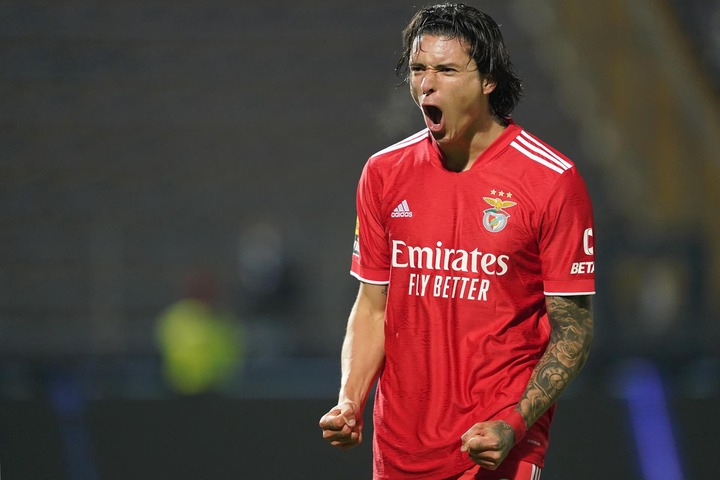 The reports further claimed that Liverpool are close to finalising a deal for Darwin Nunez as he is expected to complete his medical tests today before he is officially announced.

It is believed that Liverpool manager Jurgen Klopp wants to add more firepower to his goalscoring options and will be delighted to seal a transfer move for Darwin Nunez.

That said, Darwin Nunez is expected to join Liverpool football club and will aim towards helping his new side challenge for some more trophies under the management of Jurgen Klopp next season.